The U Mauls. That's you. That's me. We are the ones hell-bent on self destruction. We are the species that cannot resist mauling, eradicating, fisticuffing each other. We are also the most brilliant technological innovators that humunkind has seen, yet unable to see that time is running out. 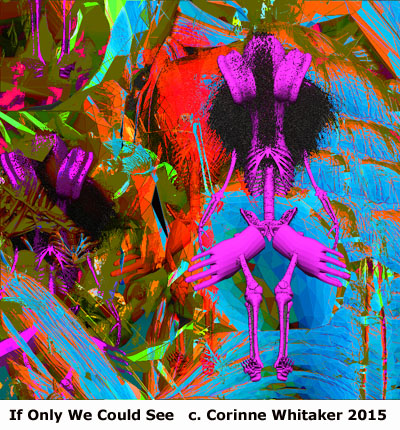 Large shifts of migrant populations, fleeing annihilation at home, are moving across the planet, rejected by "civilized" societies like our own, land of the free and home of the hypocritical. History tells us what happens with such dislocations. In 1947 14.5 million people were moved due to the partition of British India, with disastrous results. During the transatlantic slave trade roughly ten million African slaves were moved to the Americas, with maybe 10 - 20 percent dying in the process.* In China today it is estimated that up to 345 million people will move from rural areas to the cities in the next 25 years.

And then there are nuclear weapons. Do those with their fingers on the red buttons of doom have any idea what a nuclear explosion would do to the planet? To people? One politician, speaking of the Greek disaster, said that politics matter, people don't. Really? Or, as Richard Falk (see below) expressed it, "privileging regime survival over human survival."

If you think I exaggerate, read these searing words by some of our outstanding contemporary writers and thinkers:

Richard Falk taught at Princeton University for 40 years. A distinguished scholar of International Law, he has chaired the Board of the Nuclear Peace Foundation since 2005. He writes on "The Nuclear Challenge 70 years after Hiroshima and Nagasaki: Nuclear Civil Disobedience." In a subsequent post, Falk admonishes: "Obviously, the path to nuclear zero is long with many twists and turns, and where it will lead remains unknown. What is known is that the struggle for nuclear disarmament, denuclearization, and demilitarization bears heavily on the destinies of the human species, and we each have a responsibility to become a participant rather than a spectator."

Mihai Nadin, Ashbel Smith Professor of Computer Science and Interactive Media, University of Texas at Dallas, writes from first-hand knowledge of the migrant problem. He calls it "Immigration and refugees; more of the same is not the answer".

Nicholas Kristof, in the New York Times of 9.6.15, reminds us that Albert Einstein, Madeleine Albright, and the Dalai Lama were all refugees. What about your grandparents? In fact, the New York Times magazine of that same date tells us, "After a decade of steady escalation the flood of migrants into Europe has now reached a crisis point, with at least a quarter-million making the journey so far this summer".

Elizabeth Kolbert, one of the more thorough and brilliant writers for the New Yorker magazine, asks and answers the question, "What would happen if we burned through all of the fossil-fuel resources known to exist?"

Stephen Hawking makes it startlingly clear where we are headed. And if you think that Artificial Intelligence is the answer, here's his conclusion: "Whereas the short-term impact of AI depends on who controls it, the long-term impact depends on whether it can be controlled at all."

Myself? here is what I have written in my recent catalog, called "If We Are Erased":

I knocked on tomorrow's door

But it wouldn't let me in.

So I made up my own tomorrow

With creatures that don't fart

Don't throw up over Mars.

As the borders between living and nonliving begin to dissolve

I imagine a species

In the synapses of consciousness

If we are erased

Quite possibly you will not be around to greet them

If we are erased.

The poem is continued in Volume II of the catalogs, which I will publish next month. Should I call it Homosaurus Extinctus? Will anyone be here to read it?

*For a heart-wrenching view of how migration affects the soul, be sure to look at the Jacob Lawrence panels on view at MOMA. Lawrence was only 23 when he created these images showing the movement of black Americans from the South to the North in 1941