the digital giraffe - Y Not 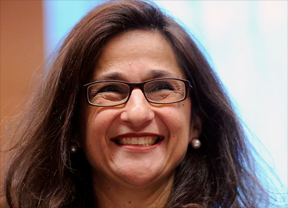 Our Woman of the Month Award for February, 2023, goes to Nemat Shafik, first woman to be named President of Columbia University.

Statistics reveal that 1 out of 5 women will suffer from perinatal depression and anxiety. We also have discovered that 1 in 3 women feel that giving birth is traumatic. A new protocol suggests that women prepare for the birth with not only a hospital bag and home-cooked food in the freezer but also a mental health support plan. Women are more apt to experience mental illness from conception to 12 months after the birth, known as the perinatal period. The most often cause cited is hormonal imblance, but the situation is far more complex than that. Not only does the birthing mother undergo depression and anxiety, but we have found that these conditions can affect the developing fetus as well as the infant-mother relationship. In Australia, for example, telehealth services are available for perinatal support. It is now felt that making a mental health plan part of the entire birthing process should be an essential part of every woman's experience.

A professional article analyzing the history and possible solutions to pre-and post-partum has just been published under the title "Digital mental health for postpartum women: perils, pitfalls, and promise". Note that the lead author, Dr. Natalie Feldman, is my granddaughter.

Many low-income nations are faced with high death rates for women after giving birth. Now, doctors cooperating with Niger's health ministry claim to have reduced the number of fatalities by more than 50% by cutting back on blood loss. Using an inexpensive drug, PPH (postpartum haemorrhage) has resulted in 1,417 fewer women dying after giving birth. In addition, thousands of other pregnant women had significantly lower blood loss. This achievement means that PPH now causes 1 in 10 maternal deaths, compared to more than 3 times that number before the availability of the new drug. The process includes not only an oral dosage of the drug misoprostol but further procedures if the initial dose does not work. In addition, women who visit a clinic toward the end of their pregnancy are also given the drug which they are told to bring back for the birth. It is noted that in developingg nations, excess blood loss makes up between 25% and 43% of maternal deaths. Particularly in southern Asia and sub-saharan Africa, roughly 800 women die each day from complications in pregnancy and childbirth that could have been prevented with better health care.

A field known as Wellness Tourism has previously been available only to white women. Now a lifestyle coach has opened the Essex retreat, known formally as Soul Melanin Reconnect Freedom Sista Retreats, specifically for black women. Conde Nast's wellness magazine has characterized the problem by saying, "Wellness has a race problem". Many of the attendees at the new retreat have grown children, a few have grandchildren. Surrounded by other black women, vulnerabilities are freely expressed. Activities include baths, workshops, and a session dedicated to self-worth. Walks and stretching routines are also featured, as is a sense of escape from urban pressures. A closing ceremony includes women writing down the things that "no longer serve us" and another list of "what we are inviting more of into our lives".

Some pregress is being made in including Muslim women in sporting events. For example, Ons-Jabeur, the Tunisian tennis star, is the no. 2 seed at the Australian Open. Doaa Elghobashy is training women to help Egypt qualify for the 2024 Paris Games in beach volleyball. Ibtihaj Muhammad, 3 time NCAA All American and Olympic bronze medal winner in fencing, is working to enlist women in sports with a line of clothing and books. Apparently there were roughly 2 billion Muslims in the world in 2019 but it is difficult to know how many Muslim women athletes there are. Another statistic indicates that almost half of the 5,457 competitors in the 2020 Tokyo Olympics were women, while roughly 380 of those came from countries with Muslim majorities. Part of the progress being made comes from changes in the types of clothing allowed, like head coverings, if they don't pose a risk to other competitors.

Women's participation in the field of Archaeology has long been discouraged or even denied. Some improvements were made in the late 20th and early 21st centuries but the gender imbalance continues. This article brings attention to 5 women pioneers, from Hilda Petrie who studied ancient Egyptian tombs and made beautifully accurate transcription of hieroglyphs, to Grace "Molly" Mary Crowfoot who started the archaeology of textiles and fabrics. Also noted are Zheng Zhenxiang, known as the "First Lady of Chinese Archaeology", and Tatiana Proskouriakoff, a Russian expert in the Maya language and writing process. Finally, we find Harriet Ann Boyd Hawes, an American archaeologist who specialized in ancient Mediterranean excavations.

The U. S. Library of Congress has just named the country's first Latina ambassador for young people's literature. Meg Medina, a Cuban American author, plans to promote libraries and reading with visits around the nation. Medina calls herself "pro-kid" and "pro-library". Her book called "Yaqui Delgade Wants to Kick Your Ass", which was about bullying, won the Pura Belpre Award in 2014 and will be published as a graphic novel later this year. Her goal, she says is to "bathe kids in family stories, bathe them in books".

The country of Iran says it will use facial recognition to identify women who are breaking Hijab laws. Faces will be compared to a national identity database to make arrests and order fines. Sometimes the women are not arrested outdoors or on the streets - they are confronted after they get to their homes, even a day or two later. Iran's national database, compiled in 2015, is used for national ID cards and to identify dissidents. It was only in 1979 that hijabs for women were enforced, when Iran became a theocracy. This past August, additional "chastity restrictions" were levied against women: accused violators can lose access to banks and public transportation. Repeat offenders can spend years in prison or be forced to undergo morality schooling. Even not wearing a hijab inside a vehicle can bring sanctions.

Under Taliban rule, even mannequins in Kabul have to be masked and hooded. Store windows must show models whose heads are wrapped in cloth sacks or black plastic bags. Initially the Taliban had insisted that the mannequins must be totally removed from store windows or else their heads be removed. When some store owners complained that they would be unable to show clothes properly, or would have to damage valuable mannequins, the order was modified to allow covered heads. Since Afghanistan's economy appears to be collapsing under the Taliban regime, several stores elected to cover their mannequin heads with the same expensive material as the gowns themselves. Some shops are required to cover the heads of male mannequins as well.

About 10 years ago Facebook's headquarters found itself the subject of a "nurse-in" when breast-feeding mothers protested the company's ban on showing bare breasats. Now the oversight board of the parent company of Instagram and Facebook has told the company to change its nudity requirements, to be governed by "clear criteria that respect international human rights standards". Triggering the new language was Facebook's recent censorship of two posts showing a couple who are transgender and non-binary. The postings, showing the couple topless but with their nipples covered, were removed by an AI algorithm. The couple appealed the censorship and Meta put the posts back up. The oversight Board cited the policy as being a "binary view of gender and a distinction between male and female bodies". The decision followed an attempt in the 2000's by "Lactivists" who tried to stop the postings of breasts as "inherently sexual". The movement was followed in 2013 by a campaign called "Free the Nipple". The basic philosophy appears to be not concerned with whether female nipples can be shown, but rather with autonomy for all bodies, symbolic of how governments world-wide are trying to repress and control bodies. Meta now has 60 days to make a public response to the board's suggestions. At issue also is the tendency of algorithms to ignore consequencees for minorities or other marginalized groups.

New laws are being enacted in Sierra Leone to ensure that more women hold positions of power in both private and public sectors. All companies, including government agencies, now have a legal requirement to make certain that at least 30% of their workforce is female and additionally that 30% of leadership or decision-making positions must be given to women. The nation's motto is now, "Women's rights are Human rights".

Be sure to email giraffe@giraffe.com with your suggestions, be they articles, videos, images, cartoons, music, or comments, so that we can share our celebrations and our concerns with each other.