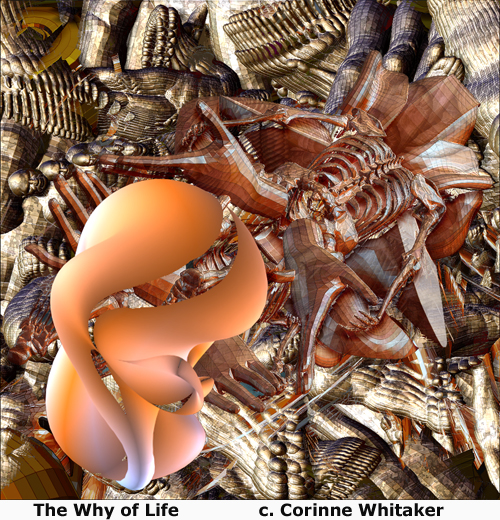 Those two words, followed by an exclamation point, clearly come from a Western thinker. If you were a Hindu, you would already know that cows are sacred. You might be in India, where perhaps 80% of the 1.3 billion population is Hindu. You might even celebrate a Hindu holiday called Gopashtami when prayers are directed to cows.

In fact, cows and religion can be a volatile combination: in 1966 a rampage occurred near the Indian Parliament building to make cow slaughter a crime. In a disinformation campaign familiar to contemporary politics, there were claims that "foreign Jersey cows were 'lazy' compared to Indian cowbreeds; that slaughtering cows can cause earthquakes due to pain waves affecting geology; that Indian cow breeds are yellowish because they contain literal gold; and that cow urine can be used to heal afflictions including respiratory disease and inflammation".

Let's turn now to vultures, creatures feared and disliked in Western culture. In India, vultures filled an important ecological function. They disposed of cattle carcasses swiftly and efficiently. As many as 100 vultures might swoop down on a single cow carcass and strip it clean in perhaps 30 minutes, reducing the spread of disease from rotting carcasses. 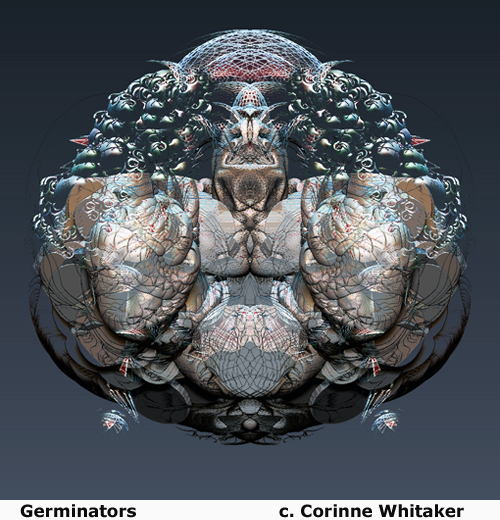 Recently, however, the population of vultures has been decimated by another form of disease. It appears that they were poisoned by an anti-inflammatory drug fed to cattle. The drug, Diclofenac, caused kidney failure and painful death, so that now India's vulture population has been reduced by 98%.

Why do we care? The question is called "deathscapes of multiple species". Actions of humans have profound consequences for other species. In the pandemic , where India has been disproportionately affected, bodies are piling up in waterways and walkways, from New Delhi to outlying villages. With no vultures, other creatures are pouring over the carcasses, less efficient and slower. Other diseases are appearing in these small creatures, causing rabies and anthrax. And a new variant of covid is appearing in India. (Note: Dr. Anthony Fauci has just said that the variant first reported in India dominates new infections in Britain. "It's essentially taking over," he said. "We cannot let that happen in the U.S.")

Some people call this the Anthropocene, where humans dominate activity on the planet. Others speak of conservationpaleobiology, of how species interact to create new forms. Whether those forms were created in a lab or in the field, the presence of new life forms is causing deep concern.

We in the West focus on binary thinking: nature/culture; human/animal. We are quick to say "we aren't animals". Yet it is clear that we are becoming something else - I have called us the Quasi's:

"We live in the gap between yesterday and tomorrow. But we don't know it.

We live in the space between hope and despair.

We are the great innovators. We are the tragic destroyers.

Karen Bolender has described us as "Strangers to Ourselves". And now invaded by a species of virus. 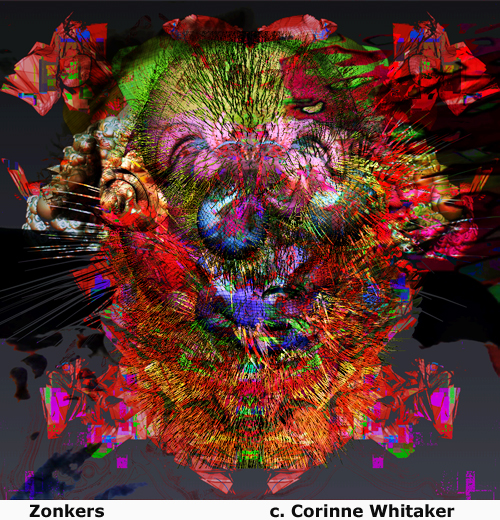 How have artists responded? One performance artist sipped dandelion root tea while she was infecting a living dandelion with her hepatitis-ridden blood.

Joseph Beuys lived in a cage with a coyote in a New York City gallery for three days. Beuys called the coyote a "social sculpture", emphasizing that animals and humans are co-inhabitors on an equal basis.

Eduardo Kac created "Edunia", a flower created from a petunia and his own DNA. He also created a "transgenic bunny" called Alba containing a jellyfish gene that made the animal emit a green glow under certain lights. Kac referred to his activities as "transgenic art: a new art form based on the use of genetic engineering techniques to transfer synthetic genes to an organism or to transfer natural genetic material from one species to another".

Others call it BioArt, meaning that the artist and scientist together totally reinvent the meaning of life, create new beings, erase the difference between real and artificial, breaking boundaries that used to define biological and synthetic. Meatless meat, anyone? 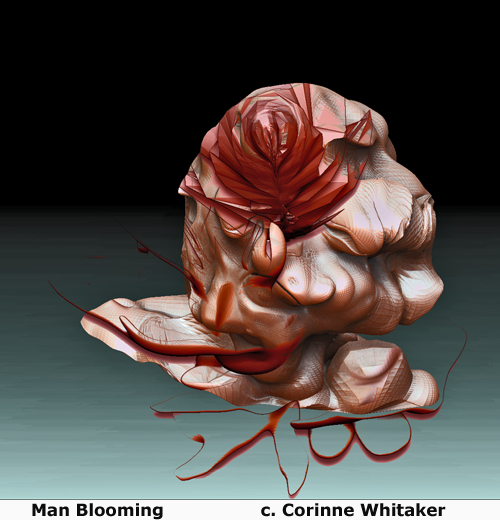 It is worth pondering who we are, and where we are headed. Is Timothy Morton right when he writes about "hyperobjects" - nonhuman forms that might be "responsible for the next moment of human history and thinking"? He's not talking about aliens from outer space. He means things like "all the nuclear material on earth", or "all the plastic in the oceans".

I can only hope that all the wisdom and all the common sense we can muster will be brought to bear on these issues, away from political egos and power queens. It is time to connect with each other, because our scientists are already blending the living and the nonliving.

If you doubt me, read about the new material made from both living and nonliving forms at the University of Nottingham. We're talking about a nonliving bacterial cellulose combined with a living microalgae. This is not sci-fi, folks. This has already happened. Look for it in your clothes, your teeth, your skin grafts.

Maybe it's time to put differences aside, because the future is upon us and we have to meet it together. Shake hands with your neighbor, your political opposite, your religious other-than. The next hand you shake may be a not-so-compatible doppleganger. 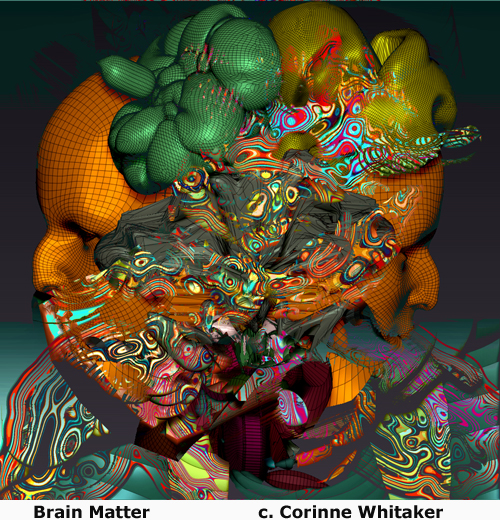 15. The Smithsonian Institution , at its Museum of Natural History, is presenting "Sad Truths: haunting aesthetics of human impact on the planet".